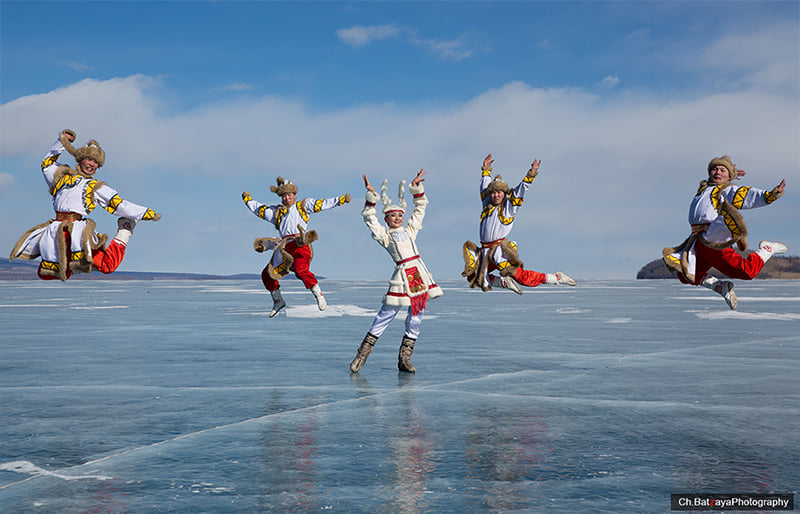 ​Come join us in March for a time of festivals! This is a fantastic opportunity to get involved in the festivities of local communities in Mongolia. Not organized for ‘tourists’, these local events are put on by communities for their own amusement, but visitors are always welcome.

We will fly to northern part of Mongolia to Khovsgol lake National Park. We arrive in Murun town and on the way we will visit Uushgiin Uvur Deerstones. Then head to the Lake and stay overnight at ger camp in the Shore of Khovsgol Lake. (B/L/D)

Organized yearly on frozen Khuvsgul Lake by National Park rangers, local residents and businesses, the Ice Festival has been held five years running. A respite from the confinement of the winter months, the Ice Festival is a time to get outdoors and play games. The festival features a gathering of local residents and nomadic reindeer herders, and performances by shamans, musicians, and sportsmen. Competitions include ice sumo, a horse sledge race, ice skating races, tug of war between local teams, and a Russian Jeep race on the ice. Many traditional games are played on the sidelines, and this is an ideal venue for visitors to join in the fun and games with local people. The festival is held at Khar-Us on Khuvsgul Lake, a short drive north of Khatgal across the frozen lake ice

Fly back to Ulaanbaatar. (B/L/D)

The Golden Eagle Festival starts with its parades and competitions for costuming and hunting techniques. This festival has been celebrated since 2000 and now attracts many travelers. Each year the number of eagle hunters participating in the festival is increasing which makes the festival more colorful and spectacular. The eagles chase fox skins dragged by their owners on horseback. Points are given for their speed and gripping ability. In 2 days you will capture plenty of portraits and competition photos, names Kokbar, Kizkhuar etc. Festival winners are announced at an awards and dinner. Hotel in UB. (B/L/D)

Transfer to airport. (B)

By Joining this trip YOU : 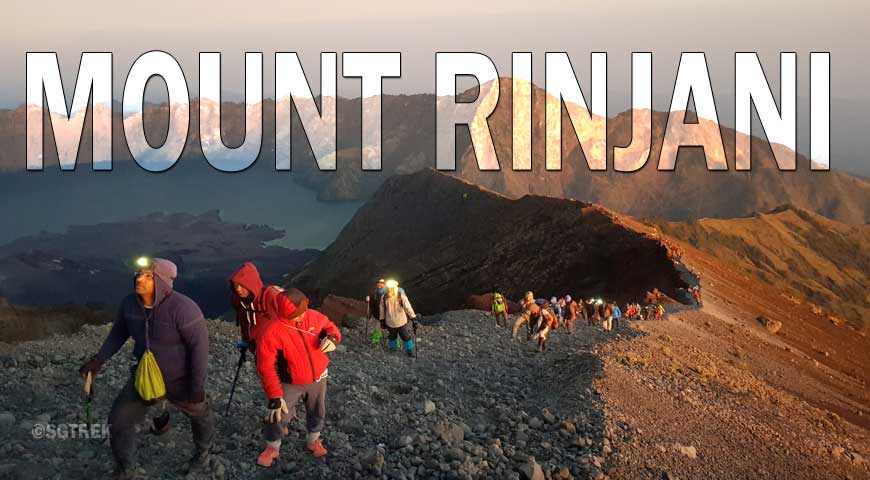 4D3N Mount Rinjani 2020
At 3,726 m, Rinjani is the second highest volcano in Indonesia, second only to Mount Kerinci on Sumatra, and it dominates the landscape of the relatively small island of Lombok. Within its huge 50 km² caldera sits the crater lake Segara Anak (Child of the Sea). Eruptions within the caldera have formed a new small...
Mount Rinjani
Upcoming 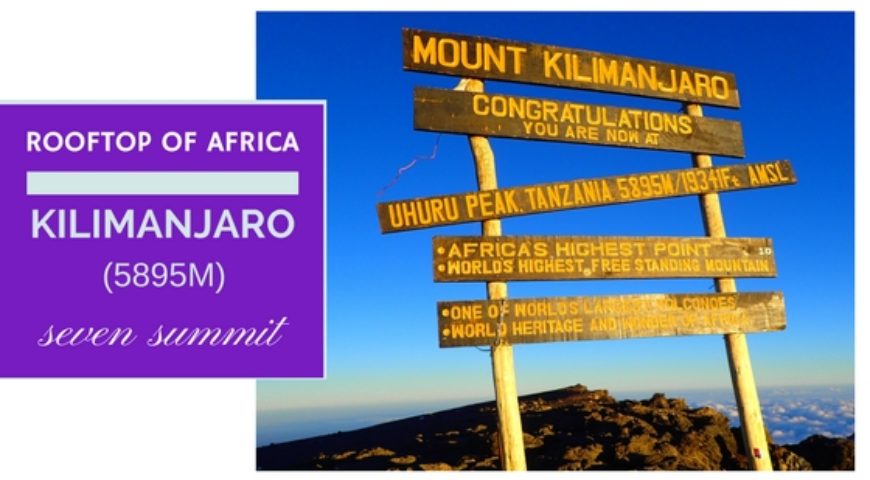 Seven Summit-Kilimanjaro(5895m)-2020
The Seven Summits are the highest mountains of each of the seven continents. Summiting all of them is regarded as a mountaineering challenge, first achieved on 30 April 1985 by Richard Bass. image courtesy of thesevensummit.com The Seven Summits, from highest to lowest, are: Asia:Mount Everest 29,035 feet (8850 meters) South America:Aconcagua 22,829 feet (6962 meters) North America:Denali AKA Mount McKinley 20,320 feet (6194 meters) Africa:Kilimanjaro 19,340...
Mount Kilimanjaro
Upcoming 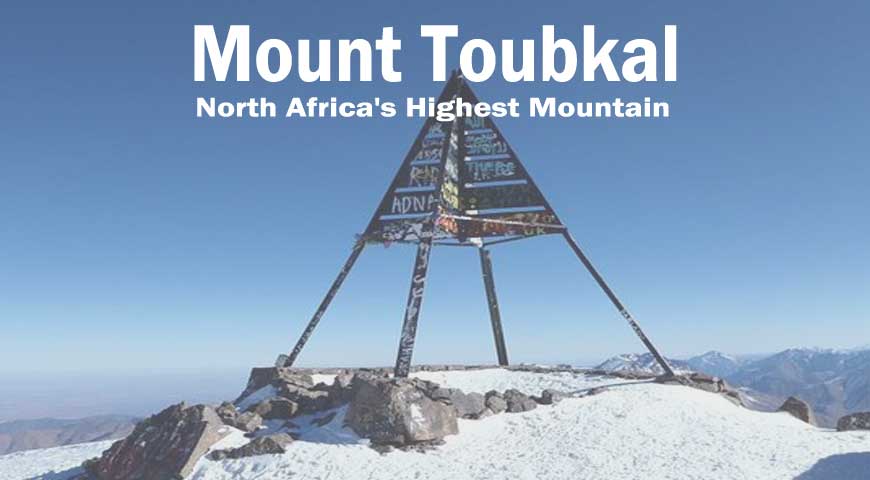 Mount Toubkal-North Africa’s Highest Mountain
Toubkal or Tubkal is a mountain peak in southwestern Morocco, located in the Toubkal National Park. At 4,167 metres, it is the highest peak in the Atlas Mountains, Morocco, North Africa and the Arab World. Introduction All through some days of moderately rugged walking, we discover the wasteland of Morocco’s mountains, stay with the hardy...
Mount Toubkal
Upcoming 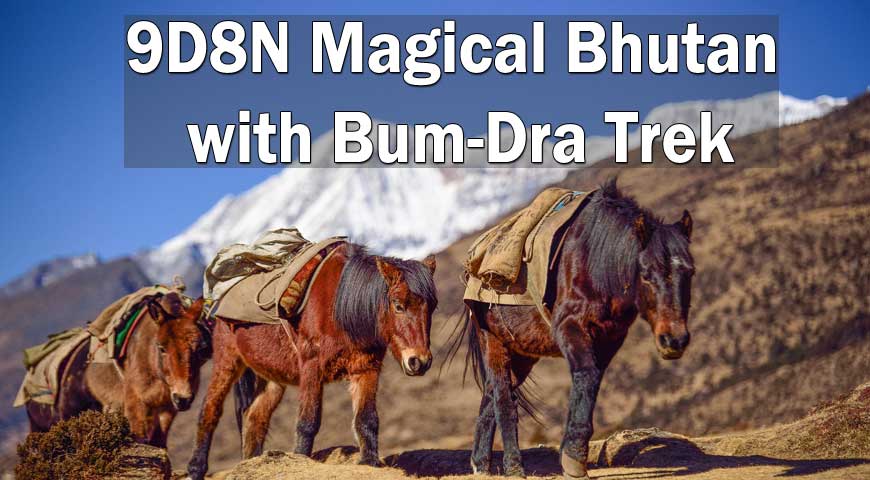 9D8N Magical Bhutan with Bum-Dra Trek 2020
Bhutan, a Buddhist kingdom on the Himalayas’ eastern edge, is known for its monasteries, fortresses (or dzongs) and dramatic landscapes that range from subtropical plains to steep mountains and valleys. In the High Himalayas, peaks such as 7,326m Jomolhari are popular trekking destinations. Paro Taktsang monastery (also known as Tiger’s Nest) clings to cliffs above...
Bhutan
Upcoming
Event Details
Social
Share:
Tags

FRANCIS LIM
02:49 01 Nov 19
Hiking trip up Yushan, Taiwen. Very helpful to get much-needed permits for the climb. Taiwenese guides were very friendly and professional. Took care of the ten climbers from airport to summit then back.read more

Stephane Jaquemet
09:47 31 Oct 19
Enjoyable excursions with like-minded hikers and friendly group leaders. After 6 trips with SGTrek this year, I can only recommend the outfit. Be careful though, hiking is highly addictive.read more

Indra Gunawan
06:02 06 Oct 19
First time joining them for the C2C trek... Great experience! Everyone is so friendly and chatty that you totally forgotten about your tiredness! Good Job guys!read more

Yun Ben Yap
15:25 26 Aug 19
Poor and rude customer service (Disclaimer: This is based on after trip cancellation experience). I signed up for an international trek with SGTREK and due to security issue at the destination, the trek was called off in less than 24 hours before the tour. It is perfectly understandable as to why the trek has to be cancelled, however it was the organiser's attitude and how he handles the situation that resulted in such rating. Let me breakdown what I experienced during my engagement with the trekking agency: After Trip Cancellation: The organiser did not provide an alternative plan to assist participants that have arrived at the country. The feeling I got when it was cancelled is that the organiser doesn't care about the participants as if his obligations were over the moment trip was cancelled (well technically it might not be wrong at all to be fair since it was cancelled, but still...). It's fair to say that it might be tough for the organiser to organise a last-minute back up plan. However, the organiser fails even to advise stranded travellers like me on what can we do on our own, etc. Refund Issue: This is the most significant driver for this rating. Upon the cancellation of the trip (note that the tour doesn't even start at all), we were not offered any refund AT ALL, not even a single dollar. The reason given by the organiser was that the cancellation was made in less than 24 hours before the trip and most costs were paid in advance for the trekking. However, it didn't make sense as the full payment would have included the agency's profit margin and I strongly do not believe that ALL of the payments were made (except for consumable goods maybe this is understandable). Even so, it is the agency's duty to at least try to get a refund from its supplier, rather than passing all the losses to customers. As a last resort, we even requested for a partial refund (not a FULL refund), to meet us halfway for a trip that did not happen at all, but it was quickly dismissed as well. The organiser did provide us with letter of cancellation for insurance claim, however, such incident were excluded by most travel insurances. The issue now centered around getting back at least some refund from the agency as I do not think it is fair and it doesn't make sense to not get at least partial refund back for a service that has not been rendered at all, but solely rely on participants claiming back from personal travel insurance. When the all the participants were voicing their complaints in the group chat, the organiser eventually resorts to disable the chat function in the Whatsapp group, and this behaviour is highly unacceptable as he deprives of all other participants the opportunity to express their grievances and complaints. I'm not sure how good the tour will be if everything went well, but if your trekking trip risks cancellation, please be careful.read more

Julee Ng
02:11 26 Aug 19
Went on my first and international trek with SgTrek and unfortunately it was cancelled at the very last minute (less than 12 hour notice from the itinerary) and was left stranded in a foreign country on our own without any assistance from the company at all. Compromise for a partial refund as the trek did not happen was immediately rejected and shot down rudely, claiming all funds were already used up (on what exactly if it didn’t happen?) without much explanation, and speak to our respective insurers for claims instead. Around 25-30 people were affected for this cancelled trek (costs are $550-$600pp) and the company still profited from us all despite the cancellation. Really unprofessional, rude, nonchalant towards the whole cancellation/issue and will not recommended if it’s an international hike. Irresponsible and dishonest. Note that apparently cancellation less than 1 week initiated by the company will not be refunded, the risk always fall on the customers and not them. Just beware.read more

BH Seo
05:24 01 Jul 19
My first hiking experience. The hike to Broga Hill has different terrains and challenges. It's a good experience for the beginners to join the group and follow the crowd to keep up the momentum. The rewarding sunrise view and fresh air worth the effort. However the travelling journey was very tiring due to long custom queue and traffic at JB. If can meet at the west area (Eg Buona Vista) and go in by Tuas checkpoint will have a easier traffic flow. Alternatively can plan an overnight stay at KL for shopping etc to compensate the long travelling.read more

Sarah Lim
15:48 08 Jun 19
Not my first hike with SGTrek, but definitely not the last... the guides were attentive and the price was reasonable. The guides were enouraging and always ready to encourage when the terrain was tough...read more

Liyana Wong
02:44 13 May 19
Been on several hikes/trips. Typically fun group, leaders and guides. Well informed before and during the trips. Expect fun, foods and well-thought out pre-trip briefings.read more

Weishan Fan
02:27 08 Apr 19
Short hike to Pelepah waterfall and it was great! James was very friendly and take cares of everyone very well

JESSICA LAI
05:36 25 Feb 19
Well organized trip to Mount Belumut on 23 Feb 19. Leaders and guides are very helpful and encouraging. Details are well informed prior the trip as well. Look forward to join in more trips in future!read more

Justin Cheang
01:38 17 Feb 19
Went for Mount Angsi trek on Feb 19, event was well organized and our guide Mr Vijay shared & taught me a lot of useful tips for hiking. Appreciate the added value service. Highly recommend to sign up a hiking trip with them.read more
Next Reviews 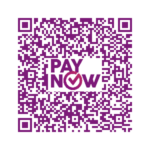 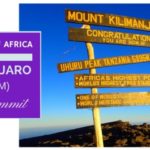 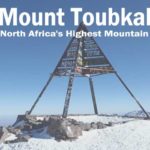 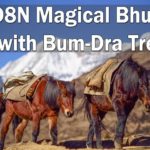 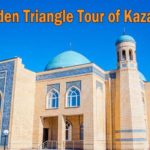 The Golden Triangle Tour of Kazakhstan(31July2020)

JOIN OUR COMMUNITY FOR 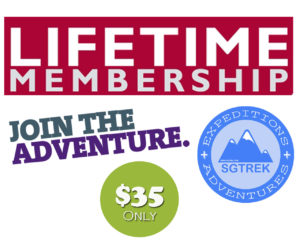